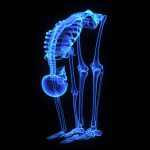 We talk about joints all the time.  And I’m probably right in thinking you’re now picturing a joint that represents the most common one find in your body – the Synovial Joint.  But did you know there are other types too?  Each with their own unique qualities.  But First…

A joint is part of the skeleton where 2 (or more) bones come together.  And surprisingly not all of them allow the amount of movement you might expect.

In medical terms a joint is known as an arthrosis.  Which makes it MUCH easier to understand where “Arthritis” comes from, huh!?

There are 3 types of joints.  Each allowing a different amount of movement.  These types are:  Fibrous, Cartilaginous and Synovial: 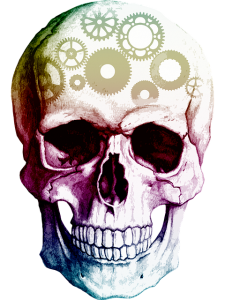 These are connected with what’s known as Fibrous tissue.  This is a strong tissue, so it holds these joints firmly.  They do contain collagen so it has a little bit of elasticity.

You find these joint in the sutures (joints) in the skull and between the 2 bones in your forearm.  You also have fibrous joints holding your teeth into your jaw (so they need to be strong!). 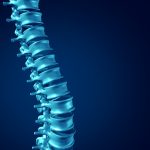 As the name suggest, these joints have cartilage in them.  Cartilaginous Joints are strong, good at shock absorption and allow for just a little movement at the joint (which you might be grateful for when you learn where they are):

During childhood we have ‘temporary’ joints in our bones (known as epiphyseal plates).  These cartilaginous joints allow the necessary rigidity of bones, but also an area where more bone can be laid down.  Making them longer, and us taller.

Another example is the one I work on most – the joint between the bones of your spine aka your inter-vertebral joints (the discs are the cartilage!).

Lastly we come to the joint that you’re probably more familiar with:

The joints of our arms and legs are mostly synovial joints.  They are have the ends of 2 bones, covered in cartilage, enclosing a joint cavity, within a joint capsule.

The space within the capsule is filled with synovial fluid that allows for (virtually) friction-free movement between the 2 bones.  This synovial fluid is produced by a synovial membrane that lines the capsule of the joint.  Can you guess why they’re called Synovial Joints, yet??

There are various types of Synovial Joints allowing for varying amounts of movements.  The main ones are:

… are usually small and do what they say on the tin: they allow for movement in one plane (a sliding or gliding movement).

… like your elbow joint, also allows only one kind of movement, although this time flexion and extension (bending and straightening).

… as the name suggests are saddle shaped (they have a convex [curve out] and a concave [curve in] aspect).  This allows movement in 2 directions.  The base of your thumb is the best example of this type of joint.

… are very similar to Saddle joints, but have one movement more predominant than the other.  Have a look at the movement at your knuckles, if you want to check this out.

…finally something that sounds familiar, right?  As you’d expect the end of one bone looks like a ‘ball’ and this fits into the ‘socket’ on the other bone.  These joints are found in your shoulder and your hip.  And you’ll already know that you can take these joints in virtually ANY direction. 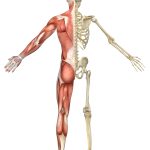 Musculoskeletal isn’t the easiest word to say, is it?  (Try mus-kyo-lo-skel-e-tal.)  ? Translated, it literally means ‘relating to the muscles and skeleton’.  But you could probably guess that, right?  Let’s look at the two components separately:       The Skeleton The Skeleton is the hard part of our body.  It’s made… END_OF_DOCUMENT_TOKEN_TO_BE_REPLACED 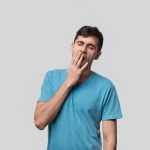 When you get up from the bench after your adjustment, the best that will happen is you’ll feel fantastic.  Many people describe feeling ‘light’ (which always makes me think of the old Quavers advert “Ohh, the floaty light”, but anyway…).  They feel their movement is free-er or they can stand a little taller. A… END_OF_DOCUMENT_TOKEN_TO_BE_REPLACED